Is Washington the Most Underrated Wine Region in the World?

In a word, yes.  When it comes to wine production, most people would agree that California stands hands and shoulders above the rest of the nation. But ask people which is the second most popular region for making wine in the USA and most people will not know the answer. In fact, it is a close northern neighbor of California.  The State of Washington has established itself nicely as the second wine producer in the country. 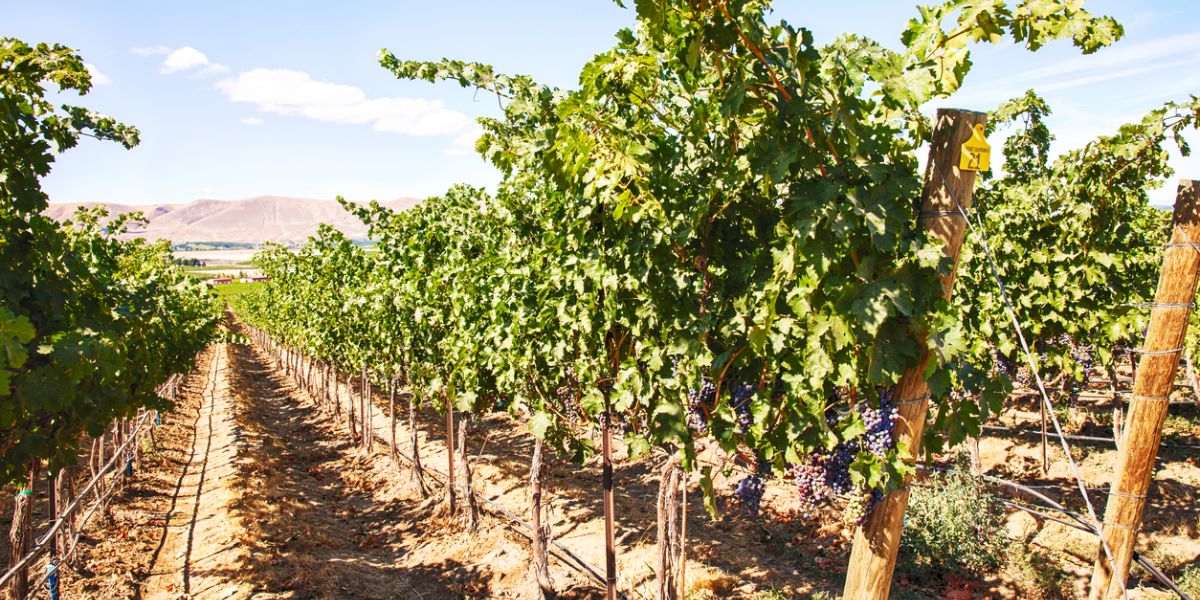 The first wine grapes in Washington were grown in 1825 and, within the next 90 years, wine grape growing was well established by the early Italian, French, and German settlers. The settlers were quick to note the rich, warm volcanic soil and desert-like climate.  Along with the annual runoff from the melting snowcaps of the Cascades, a well-known mountain range, it made for an ideal location to grow grapes.

Soon the land acreage for farming grapes increased, and, by 1960, local commercial winemaking had started. Within the next 20 years, local Washington residents started to grow grapes and developed their own home wineries.  By the 1980s, the wine tourism industry in Washington had evolved and, within a decade, it was competing with Oregon and California for tourists.

One of the key reasons Washington has seen rapid growth of the wine industry is its geographical location. The state is located on roughly the same latitude (46*N) as some of the top French wine-growing regions of Burgundy and Bordeaux.

The dry climate of inner eastern Washington, combined with the long daylight hours at this northern latitude, creates the ideal conditions for growing grapes. Irrigation techniques learned from the French and California growers have enabled the Washington farmers to grow grapes easily, giving rise to wines with a range of fruity flavors, mild acidity, and pleasant aroma.

Much of the grape growing is done in eastern Washington. On the eastern side of the Cascades, the local government endorsed the wine regions, and farmers are provided with much-needed financial assistance. After California, Washington wine regions produce more wine grapes than all other states in the nation.

What is the best Washington Cabernet?  Why not try the 2018 Silver Totem Cabernet Sauvignon?  With blackberry notes and aged in oak barrels for 16 months, this full-bodied red wine is extraordinary.  Half of the grapes are aged in oak barrels, and the other half is aged in tanks for around two years.  The care that the fermenting process takes is the key to the success of this wine.

Horse Heaven Hills AVA has the responsibility of producing almost 25% of grape production in the state.  Other Washington wine regions include Columbia Valley AVA, Puget Sound AVA, Red Mountain AVA, Lewis-Clark Valley, and Ancient Lakes of the Columbia Valley, where there are approximately 36 lakes in the region.

California leads the nation with over 4,500 wineries. Washington now has 1,000 wineries (compared to only 20 in 1980). With a far more open landscape and less expensive to visit than California, it is anticipated that the wine tourism industry is going to blossom.

While much of the tourism is interstate, it is slowly attracting out-of-state tourists. Membership to the Washington wineries is much cheaper than what it costs in California.  You must try the best Washington Cabernet from Pacific Rim and Company.

The Washington wine region’s industry adds close to $7 billion to the state‘s economy each year. Despite a large number of wineries, Washington is still behind California when it comes to actual wine production. The Golden State makes up close to 86% of the total U.S. wine, whereas Washington only accounts for 5%.

But most experts believe that Washington has a lot of room to grow; the climate is perfect, the labor is cheaper than in California, and more young people are interested in the wine-making business.  The State of Washington’s best-kept secret may soon be out of the bad.  To learn more about some of the wines produced in Washington soils, visit Pacific Rim and Company.